There has been a lot of talk about Blockchain. By innovators, industry leaders, investors, consultants and by us. However, we find that many readers and listeners are not yet familiar with Blockchain.
This is why we wrote this short primer; it’s meant as an introduction for non-technical readers.

Blockchain is best described as a distributed database. Typically, a traditional database is stored in a central location, somewhere on a networked server. The database is managed by one or more central database administrators. Users must be authorized to use the database. Transactions by users store and read data in the database.

By contrast Blockchain is a decentralized database that is replicated on thousands of computers globally through the use of a peer-to-peer network that can be typically be accessed by anyone. A user transaction added to the Blockchain database is replicated to all nodes is the network. 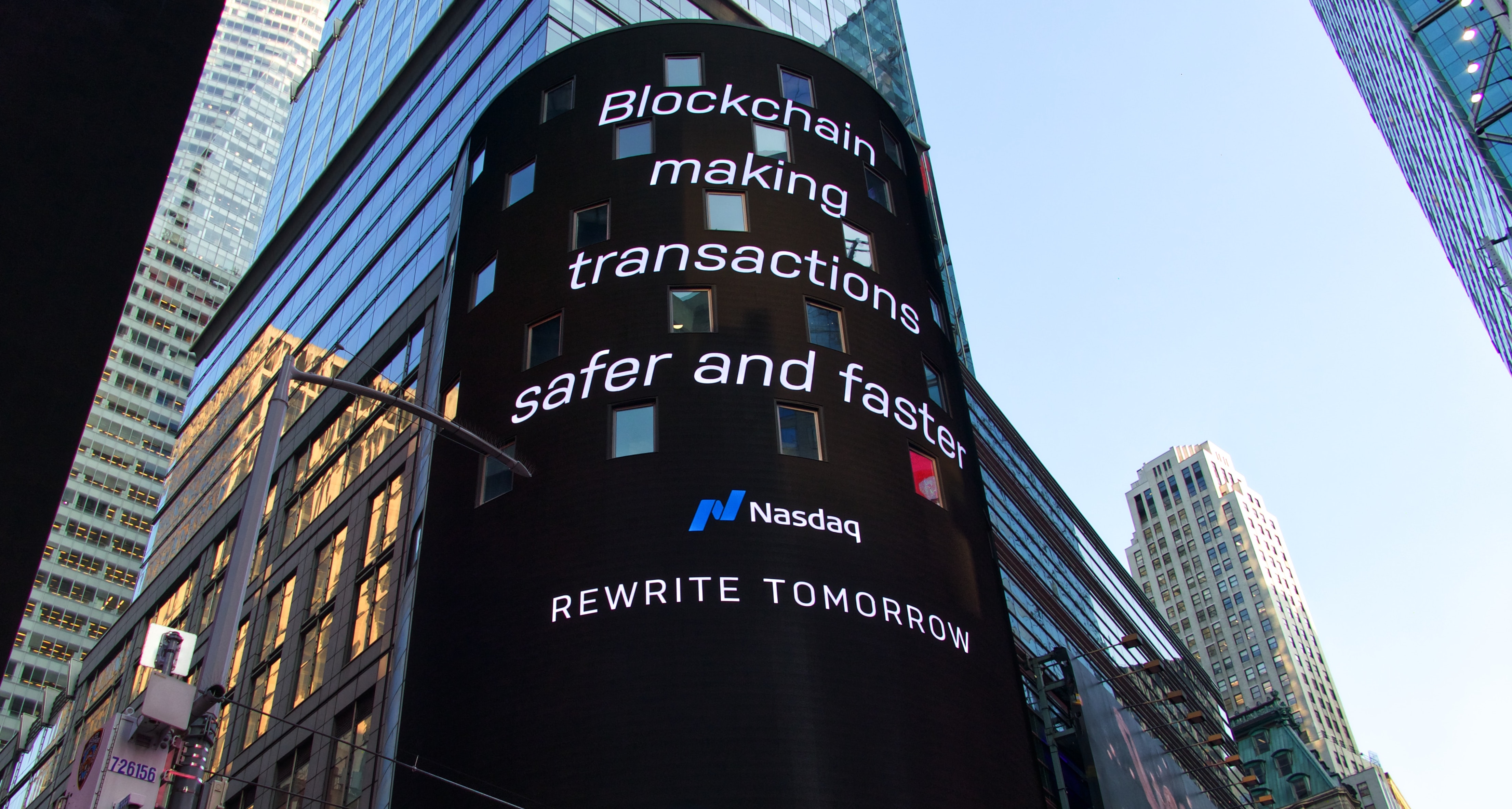 What makes blockchain so interesting for business, organizations and governments are two main characteristics: transactions are immutable and independently verifiable.

This makes the information trustworthy without the need of a central authority, like a government, bank, clearing house or notary.

A Blockchain transaction is ‘write-once, read many’. The data is encrypted and added to the Blockchain, which cannot be changed, ever. The entry can be read by anyone, but nobody can change it, not even the owner.

For the more technical

A blockchain database consists of two kinds of records: transactions and blocks.

Blocks hold batches of valid transactions that are each fed through a program that creates an encrypted code (a hash) using a cryptographic algorithm (SHA-256).
These are grouped and rehashed and encoded into a Merkle tree.

Each block includes the hash of the prior block in the blockchain, linking the two. The linked blocks form a chain, the blockchain.

The second important characteristic for non-technical people is that the transactions are independently verifiable.

If not, something is different. Something has changed or has been tampered with. If even just one bit has changed, the hash code will be different. Checking the new hash code against the hash code in the blockchain database will reveal this. Or show a match including the original timestamp of the transaction.

Blockchain must be like an unpassable challenge and red-hot target for the hacker community, right? Sure, but the way the blockchain set up makes it practically impossible and very expensive to hack. First, to change a particular transaction, it must be found. Then all the hashes for all the related transactions in the chain have to be recalculated and changed. On top of that, it must be done on all the thousands of nodes in the blockchain network at the same time. This makes hacking a blockchain practically impossible.

But what can I do with it?

As such it can be used for many things. We see three types of applications for the blockchain technology based on its two main characteristics: the content is immutable and independent verifiable.

The first type of applications are similar to the best-known use of Blockchain, the Bitcoin cryptocurrency. They are centered about the capability to transfer the ownership of an asset, any asset, from one party to another.

Besides Bitcoin, a bunch of other cryptocurrencies have been launched around the world, like the ‘Gulden’ in The Netherlands, Ether(eum), Ripple and Litecoin, are other more common cryptocurrencies.

Ownership can be transferred, used to pay for goods or services or just held for speculation on their exchange rates.

Besides cryptocurrencies, one of the hot topics in the blockchain space is Tokenization: the possibility to substitute valuable data or digital assets and replacing them with an algorithmically generated string called a token.

For example, ownership of other assets can also be transferred using blockchain, like art, energy, gold, securities. Basically, any asset that now is being traded on exchanges or marketplaces.

The main benefit seems to be to by-pass central authorities, like banks, central banks and governments.

The network of Trust

A central authority is single point of failure. We’ve all heard about bank’s payments systems being down, governments alleged manipulation of voting systems, or crooked investment schemes, just to mention a few examples. And they are not free: we pay taxes, levies, commissions and other costs.

These second type of applications provide a network of Trust. With transaction architectures built on blockchain, the trusted third party is replaced by the implementation of a shared public database. Because of the inherent characteristics of this distributed ledger (immutable and independent verifiable) the data on the blockchain can be trusted.

For example, Everledger uses the blockchain to protect luxury goods, like diamonds. It enables you to record all of a diamond’s unique attributes and store them on a blockchain. In case of a dispute of ownership, like with theft, the data on the blockchain provides an unchallengeable proof of its identity.

World-famous DJ Hardwell worked together with Rightsshare to create a Smart Contracts system for music, bypassing the slow and expensive royalty authorities.

A simplified explanation:
Firstly, Hardwell’s team registers the ownership of his tracks on the blockchain.

Next, a smart contract (program) is agreed upon, between the creator and a publisher. After agreeing, the smart contract is placed on the blockchain nodes.

Once the smart contract is in place, the master file of the track is signed with the unique smart contract ID and provided to the digital service providers, such as Spotify, iTunes, etc.

When a song is streamed, this is registered (the ‘when’ condition occurs). The smart contract verifies this automatically.

Then the smart contract charges a fee to the music provider. Also, automatically, without anyone intervening or being able to intervene.

Blockchain is a database replicated over many servers with digital data that cannot be changed and that can be trusted without a central authority.

As such it can be used for many things: from Proof of Existence/Ownership/Authenticity, to Proof of Work/Processing, to so-called Smart Contracts.

Sphereon is provider of the smartest document processing software. Our software is the first, in which the blockchain technology for day-to-day documents and contracts is integrated for SharePoint users.

More information on each of these use-cases can be found on-line. Or just ask us.

Want to know more about Blockchain